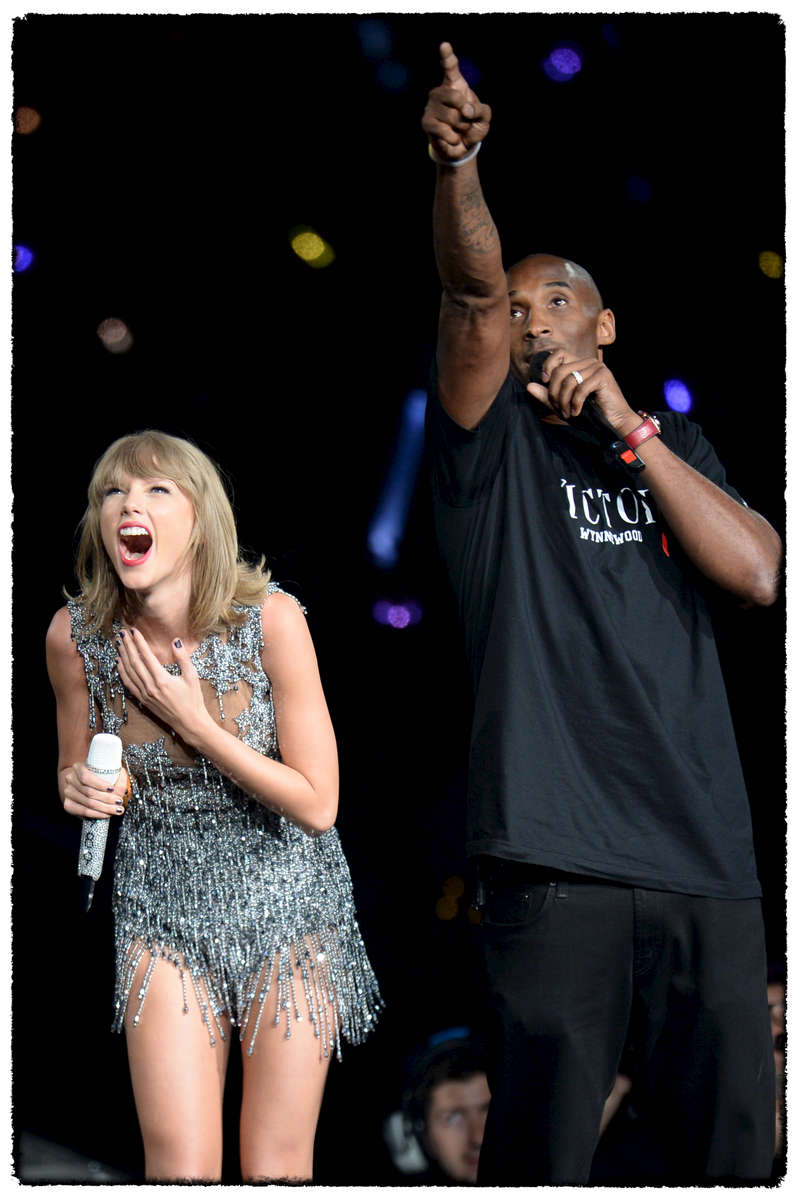 "The Banner" - When Taylor Swift broke the AEG/STAPLES Center record for sold out shows, Kobe showed up to do what he did best in the building. He raised a banner. She had no idea it was coming. Probably the most honest reaction I've seen from Taylor. I've photographed her many times, and it was so cool have those worlds merge.